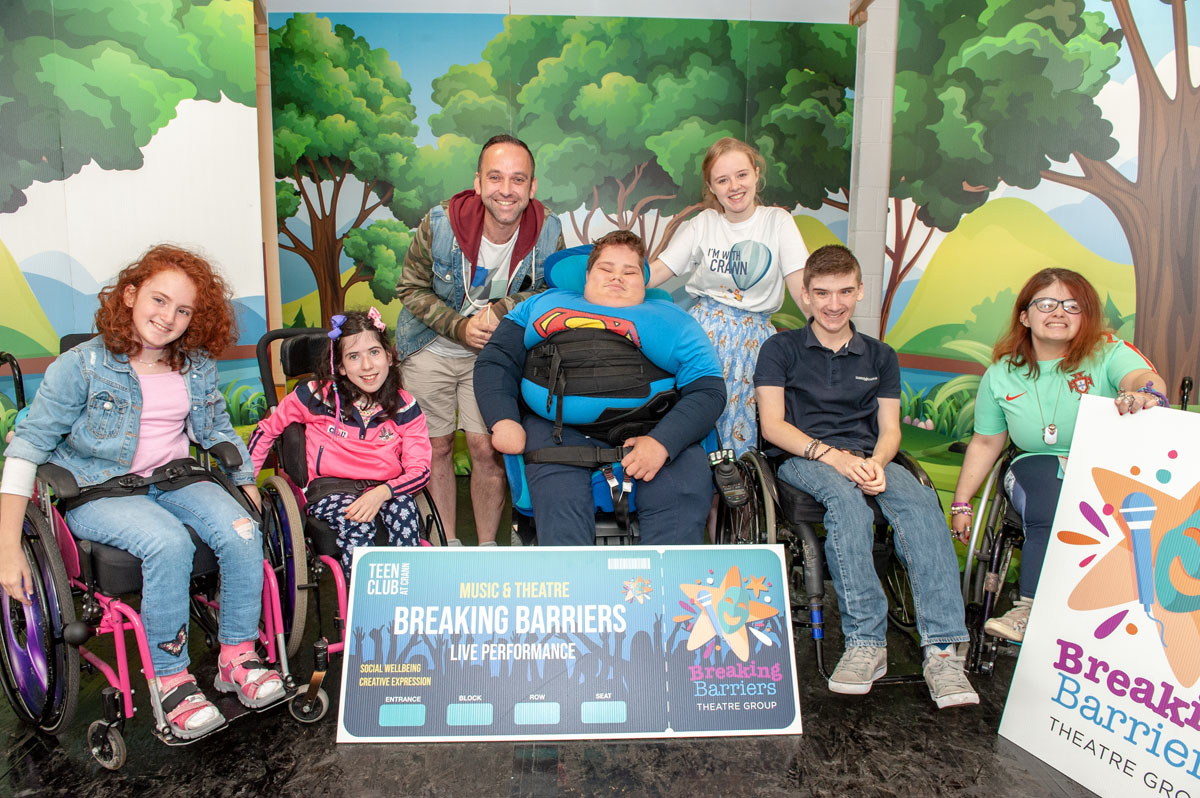 This article first appeared in the Evening Echo 11|09|18. Written by Sarah Horgan.

A Cork production of Alice In Wonderland is set to feature a full cast of wheelchair users following the construction of an accessible stage in Ballincollig. The youth theatre group ‘Breaking Barriers’, all under the age of 18 years, will stage the production in the Crann Centre, which offers services for people with Spina Bifida and Hydrocephalus.

The stage was constructed by the fathers of the young actors. Terry, who’s son Cathal plays the Cheshire Cat, used his carpentry knowledge to create a fully accessible stage. He teamed up with Tadhg Buckley, dad of the show’s star Niamh Buckley, to make their vision a reality.

While the stage surface is flat, Tadhg and Terry added a border to give the illusion of a raised stage and added ramps for ease of access.

Stagehands on the day assisting with wheelchairs will be disguised as extras, dressed as foot soldiers.

The show will be directed by Cathal’s sister Ciara O’Neill and Aaron Cowming.

“I am a PA to Cathal O’Neill, who will be acting in the production”, Aaron said “Putting this together has been a great experience for everyone. I’ve never seen anything like it. The group were quick to overcome any challenges. We didn’t know how we were going to manage getting everyone on stage but Terry and Tadhg were amazing – their attitude was ‘if they want a stage we’ll build one'”

“It was up in what seemed no time at all – I remember thinking.. ‘did ye just build a stage?'”

“It’s very easy to get things done when you’re working with people who love and adore their kids. There were a lot of challenges, it wasn’t just the stage we had to think about – the entire backstage area had to be accessible too”

“We’ve added our own segment of it, called Wonderland’s Got Talent, which will give every child the chance to showcase their individual talent. It’s very important that everyone gets the chance to have their moment and shine.”

“There are many people with disabilities out there who want to act but don’t have the opportunities. We want to make sure everyone in the group has as many opportunities as possible.”

“The group have shown us that you can achieve anything in life, regardless of disability. While the performance will be the product of months of hard work and rehearsing we are mindful not to put too much pressure on the cast. We don’t at any point want anyone to feel anxious, any to that end rehearsals were very spaced out at the beginning. It was most important that everyone enjoyed the experience, and had fun. If it stopped being fun for everyone I don’t think we would be going ahead with the performance.

Alice in Wonderland will take place in the Crann Centre, Ballincollig on October 7th

Crann supports children, teenagers and adults with Spina Bifida, Hydrocephalus and neuromuscular conditions. The Crann Centre is a family-led, collaborative service providing a wide range of activities, supports and training from wheelchair mobility and skills programmes, parent wellbeing programmes, bowel and bladder care, briefing sessions on dental care, online safety, safety in the home and relationships among other supports and services.